Bitcoin has fared better than the world’s largest hedge fund based on its risk-adjusted returns, reveals Messari in its recent research note.

The data analysis platform noted that Bitcoin’s Sharpe Ratio — a barometer that measures an investment’s performance with a risk-free asset (such as US treasuries), adjusting for its risk — is ‘3.’ In comparison, Bridgewater has a Sharpe Ratio of 1.48 for its “all-weather” portfolio that contains cash, stocks, bonds, and gold.

Experts agree that a Sharpe Ratio reading of more than ‘1’ for an asset shows its potential to perform well in all market conditions. Therefore, stocks and real estates look stronger for their lower correlation with traditional assets, primarily metal, and bonds. The chart below illustrates the same. 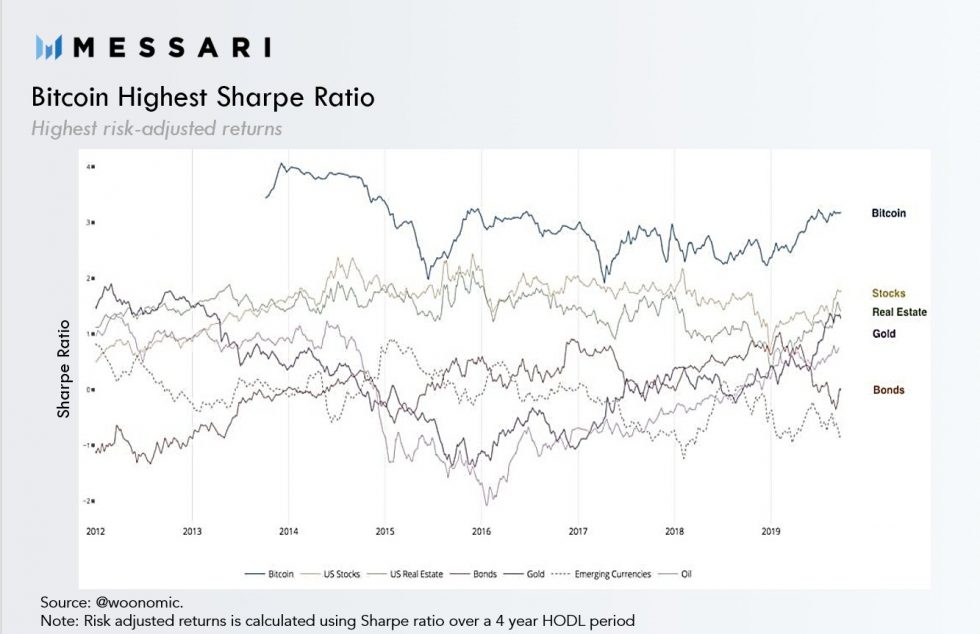 Mira Christanto, the Messari report author, noted that Bitcoin had shown the lowest correlation compared to other asset classes like equities, gold, crude oil, etc. in the last three years. That has increased the cryptocurrency’s appeal among investors because of its ability to offset an investment portfolio’s potential loss.

“Sovereign wealth and pension funds are paying attention [to Bitcoin],” the researcher added. “They have realized this opportunity and have begun new allocation strategies to maximize long-term value.”

The Messari report also appeared as Bitcoin’s correlation with traditional assets ascended after the March 2020’s global market rout. The period saw the cryptocurrency tailing the stock market’s moves almost in unison. Nevertheless, it marched into its own bias on multiple occasions, proving that the positive correlation was — at best — zigzag.

Ms. Christanto asserted that Bitcoin remains minimally correlated with the mainstream markets. For instance, with the S&P 500, its correlation efficiency is just 0.19 on a scale of -1 to +1.

Bitcoin has the lowest correlation with mainstream markets. Source: Messari

That further allows investors to look into Bitcoin as a hedge against the remainder of their portfolio full of inter-correlated assets. Messari mentioned a few names whose strategies to restructure their investments by allocating more cryptocurrencies to it worked in their favor.

For instance, Nasdaq-listed software firm MicroStrategy (MSTR) converted $425 million of their case reserves to Bitcoin in two consecutive exchange rounds. The period between the two announcements saw its market capitalization appreciating by $494 million.

“The price reaction indicates that investors want exposure to BTC and expect further price appreciation,” wrote Ms. Christanto. “Indeed, MSTR made more profits in two months with their BTC allocation than in 3.5 years of operations.”

The attractive risk-adjusted return also attracted global payment firm Square to restructure its balance sheets with a $50 million allocation to Bitcoin. There are now sixteen corporations that hold a total of 81,054 BTC units in their reserves. 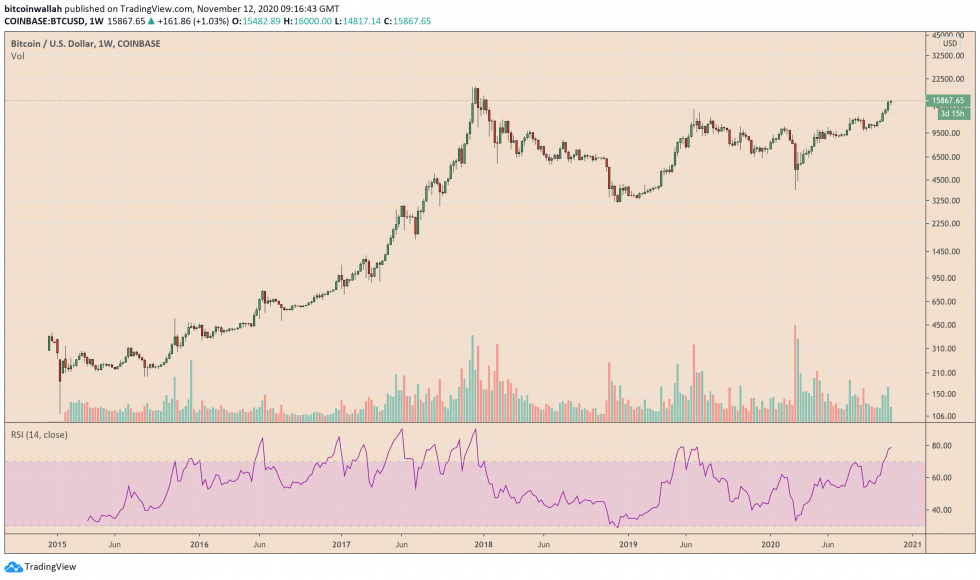 Bitcoin’s price has surged by almost 250 percent from its mid-March nadir of $3,858.

I9azAVaHwB - November 3, 2020 0
Senior executives at global payments giant PayPal have revealed further details about its plans to aggressively push into the crypto sector next year during...

The Truth About Bitcoin and Hezbollah in Lebanon