Bitcoin and the aggregated crypto market have seen mixed price action throughout the past few days.

While BTC has formed a large trading range between $14,800 and $15,800, most altcoins are now catching up to the benchmark cryptocurrency’s recent gains.

Its consolidation phase has bolstered its outlook, potentially opening the gates for altcoins to see further momentum in the days and weeks ahead. Ethereum’s strong uptrend has enhanced this possibility.

One trader explained in a recent tweet that he believes further sideways trading is a more likely possibility for Bitcoin than it seeing any sharp retrace in the near-term.

At the time of writing, Bitcoin is trading up just over 2% at its current price of $15,650. This is around the price at which it has been trading throughout the past week.

Bulls and bears have formed a relatively wide trading range as of late, which was confirmed earlier this week when BTC’s price rallied to highs of $15,800 before facing a swift rejection that sent it down to $14,800.

It has been trading between these two levels ever since, being unable to gain any decisive momentum.

So long as Bitcoin remains below $16,000, one well-respected trader believes that the cryptocurrency will see further sideways trading.

He spoke about this in a recent tweet, adding that sideways trading is more likely than it seeing a deep retrace.

“Quick update: BTC still in chop mode, no break and hold of resistance yet but i’d imagine that’s more likely than a deep retrace. In the event of a retrace looking at the sub 14k area to fill longs. Just watching for now, no +EV trades here imo.” 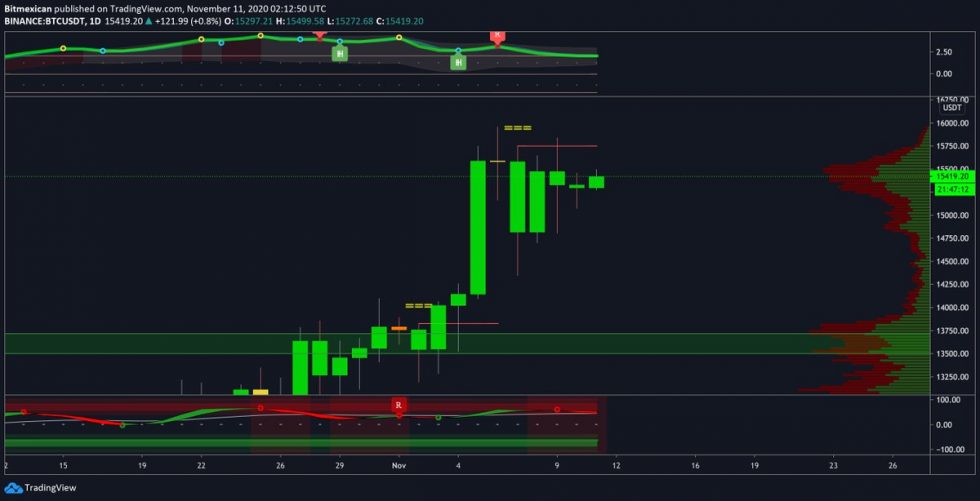 How Bitcoin trends next will likely depend on its reaction to $15,800 and $16,000. A rejection here could confirm that it is in for a prolonged consolidation phase, whereas a break above this level will put a move to all-time highs on the table.

I9azAVaHwB - August 17, 2020 0
The VeChain Foundation has partnered with the accounting and consulting firm, Grant Thornton Cyprus.According to an announcement from the company, the partnership hopes to...

CRYPTOCURRENCY / BITCOIN – Should we be investing in it RIGHT...