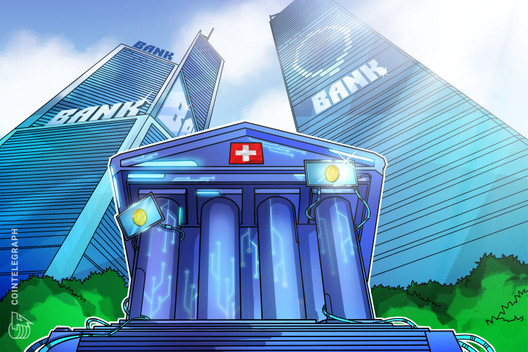 On Sept. 1, Sygnum announced that it received regulatory approval from the Financial Market Supervisory Authority (FINMA), allowing the company to expand its services to a digital asset trading facility.

The new approval enables Sygnum to “cover the complete life-cycle of a security,” starting from services like primary issuance, settlement, and custody to secondary trading.

In conjunction with the news of regulatory approval, Sygnum also revealed its plans to set up two new entities in Switzerland. The new units will focus on promoting Sygnum’s blockchain expertise as well as launching new products and services developed by Sygnum’s regulated branch in Singapore.

Headquartered in Zurich, Sygnum claims to be the first Swiss company to win the title of cryptocurrency bank. The bank has been aggressively expanding its services; after obtaining a Swiss banking license in August 2019, Sygnum was also licensed by the Monetary Authority of Singapore the following month.

Bitcoin Risks Falling to $8K Ahead of June Due to These...

I9azAVaHwB - May 25, 2020 0
Bitcoin price fell 9.9 percent last week to log its most significant decline since the second week of March 2020.The cryptocurrency rebounded higher in...

Bitcoin Hesitates Above $13.2K, But 100 SMA Could Trigger Another Increase

Best Apps for Buying Cryptocurrency In 2020

Crypto OG HempCoin Relisted by Bittrex After Year in the Wilderness