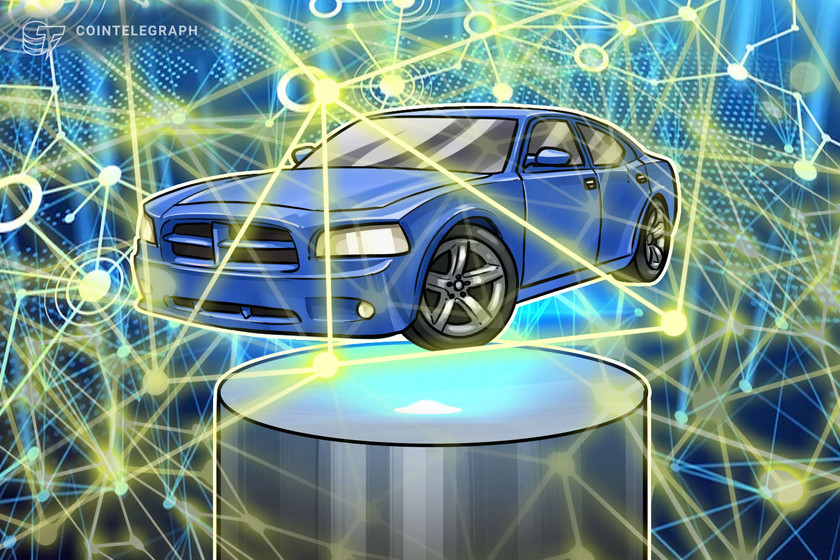 In May 2019, a record breaking non-fungible token representing the first digital F1 car was sold for over $110,000. The winner of the auction has just come forward, revealing why he brought the elusive NFT.

The 1-1-1 Formula 1 car was the most expensive NFT sold in 2019, designed for the officially licensed blockchain game F1 Delta Time. The one of a kind racer was produced in official partnership with Formula 1 and marked a digital milestone. Up until now, the buyer has remained anonymous.

Details about the buyer were disclosed on the Blockchain Gaming World podcast, and Animoca Brands, the blockchain gaming firm that sold the NFT and created Delta Time, revealed the buyer was the pseudonymous ‘Metakovan’.

Had a very enjoyable chat with @ysiu @xanderatallah and @F1DeltaTime 1-1-1 #NFT owner @MetaKovan about *that* auction, and why digital assets are valuable – both financially and emotionally #podcast https://t.co/9MBXCQ1VWE

Metakovan [@MetaKovan] is an angel investor, entrepreneur, reported Ethereum whale, and NFT collector. During the interview with podcast host Jon Jordan, the investor revealed that it wasn’t even the most expensive purchase he had made and that he has not taken the digital car out for a spin on the digital track yet. He said that the brand and the auction piqued his interest;

“A branded NFT was one of the first things that caught my eye. But I did not know the company. […] I did see this interesting bidding war developing. […] As I saw the auction I noticed there was something interesting happening here.”

He explained that that the appeal for NFTs for him is the uniqueness and the story that accompanies it, adding:

“I could’ve bought a real car for this. And that’s what makes good stories, actually, at the end of the day.”

NFTs such as the gem-encrusted 1-1-1 can be staked in the game to earn native REVV tokens. In a Tweet he elaborated on why NFTs mean so much to him:

“The way art has blossomed makes doubly sure that NFTs are the perfect medium for crypto. This is because NFTs were, and are, so much fun. From an Urbit Galaxy to the F1 DeltaTime 111, to estates full of promise in CV and DCL. As NFTs, I was collecting experiences  — fully formed ones as well as seeds of future experiences.”

Animoca Brands co-founder and chairman, Yat Siu, was excited by the reveal:

“After nearly a year and a half we finally know that Metakovan is the owner of the 1-1-1, and we couldn’t be happier.”

The designer of the ostentatious 1-1-1 race car, Ibrahim El-Mouelhy, wrote a lengthy personal account of the auction and the ensuing hunt for the owner. He revealed that the action was set in wETH which was priced at around $272 at the time.

The winning bid of 419.5 ETH was auspicious as it equated to $111,111 with prices at the time. Today’s ETH price would work out at $191,200. Metakovan stated that he chose that price to leave an “easter egg” for those trying to track him down, embellishing his remarkable story even further.

NFT sales have surged in 2020, and that trend is not looking likely to slow down any time soon.

I9azAVaHwB - September 30, 2020 0
Use Crypto? Get a Crypto web address -- easy for senders to remember: For donations via Square: ... source

5 Things to Watch in Bitcoin This Week